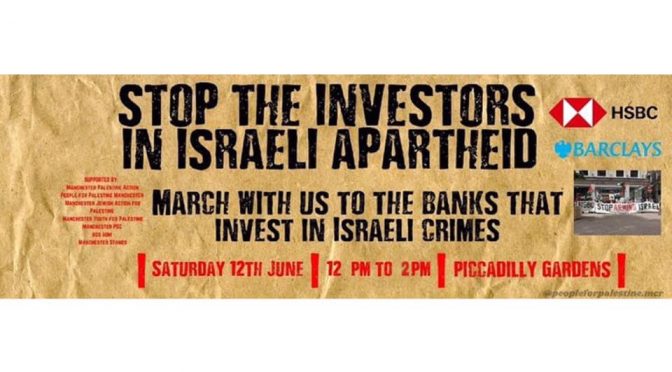 Protest against UK High Street banks investing in companies providing military technology and weapons to Israel, which the Israeli military has used to commit war crimes against the Palestinians and systematically violate international law. This includes investments in major weapons producers and companies like Caterpillar and JCB who provide Israel with bulldozers that are militarised to destroy Palestinian homes and villages – to make way for the ever-expanding illegal Israeli Jewish-only settlements.

Join us Saturday 12th June in Piccadilly Gardens at 12pm to take action and call on UK banks to #StopArmingIsrael!