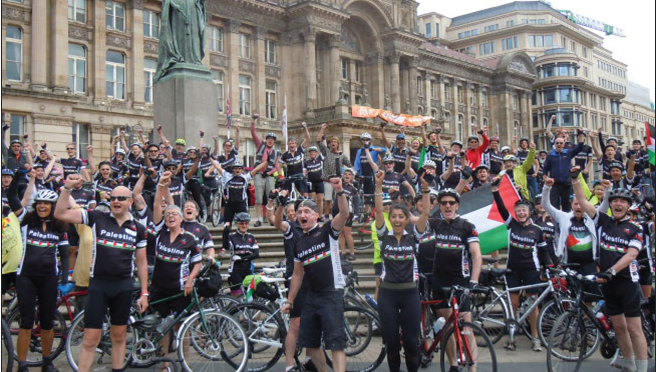 The Big Ride 2017  starts on Friday (4th August). This year’s ride is a three days EVENT from Liverpool to Sheffield via Manchester and Bradford. Over 140 riders have registered.

On Friday the ride is from Liverpool to Manchester arriving late afternoon into Manchester. There will be a rally and reception at the Klondyke Club in Levenshulme starting at about 19:00.

On Saturday the ride will leave  for Bradford from Plattfields park setting off shortly after 9:00.

The Big Ride is raising money for sports equipment for the rehabilitation of children in Gaza as part of a project with the Middle East Children’s Alliance and Dr Mona El-Farra, Vive President of the Red Cresent in Gaza. The JustGiving page for the ride is here.   www.justgiving.com/teams/project3675191