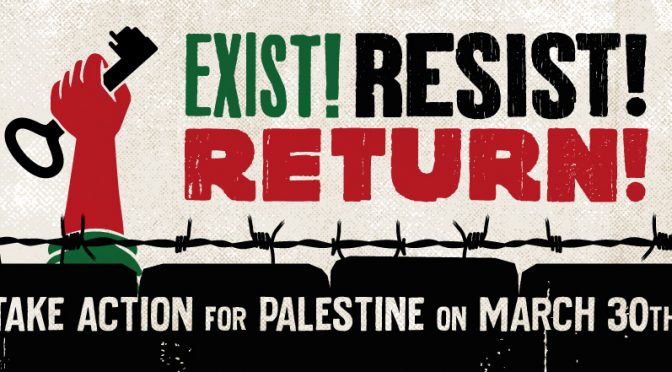 Join the protest on Saturday  30th March at 12 noon.

So join us on Saturday March 30th at 12 noon to show support for the Palestinian people and their rights to EXIST, RESIST & RETURN!