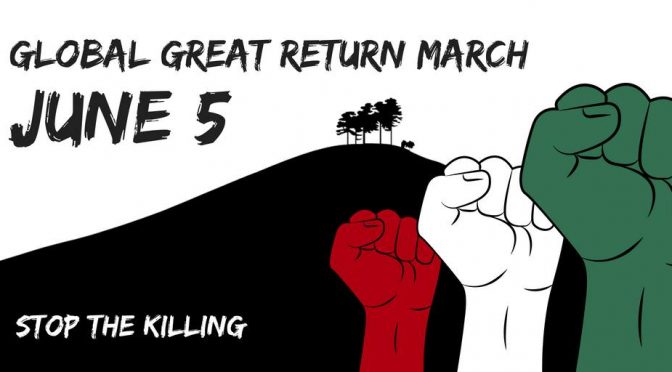 The Great Return March is culminating in a huge mobilisation in Gaza on Tuesday June 5th to mark the 51st anniversary of Israel’s occupation of Gaza, East Jerusalem and the West bank.

Palestine Solidarity Campaign have called a national day of action in solidarity with the Great Return March on that day that we are supporting.