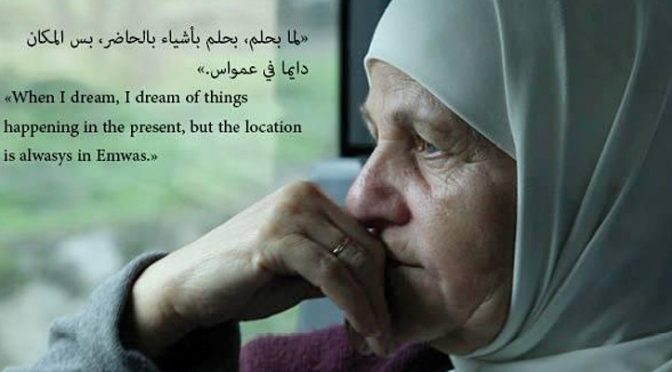 To commemorate the Nakba, we will remember the ongoing ethnic cleansing of Palestinian villages beyond 1948. In 1967, on the second day of the 1967 war, Dima Abu Ghosh was forced to flee her village, along with all its inhabitants, when she was two years old. None of the villagers was ever able to return. After demolishing Emwas and a neighboring village, the Israeli government turned the area into a public park called the Canada Park. The film follows the journey of the director, Dima Abu Ghosh, as she brings the demolished village to life and rebuilds her demolished hometown through a model, to restore the memories of its inhabitants and their dreams.