2018 is the 70th anniversary of the Nakba, when over 750,000 Palestinian were uprooted and forced to flee their homes driven out by Zionist militias during the creation of the state of Israel. Even today, the bitterness and trauma of the Nakba remains raw, and it has become the pivotal event both in the shaping of Palestinian identity and in galvanising the resistance to occupation. 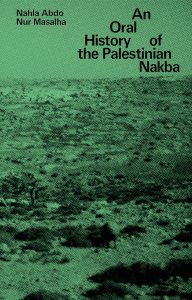 Professor Masalha will present his new book, co-edited with Nahla Abdo An Oral History of the Palestinian Nakba. It tells the story of this epochal event through the voices of the Palestinians who lived it. Drawing together Palestinian accounts from 1948 with those of the present day, the book confronts the idea of the Nakba as an event consigned to the past, instead revealing it as an ongoing process aimed to erase Palestinian memory and history. 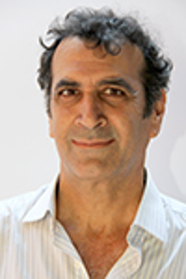 Born in  Galilee, Professor Masalha  is an associate member of the Centre for Palestine Studies at the School of Oriental & African Studies (SOAS), University of London. He is the author and editor of a number of books including Expulsion of the Palestinians: The Concept of ‘Transfer’ in Zionist Political Thought 1882-1948 (1992); The Politics of Denial: Israel and the Palestinian Refugee Problem (2003); Catastrophe Remembered (2005); The Bible and Zionism: Invented Traditions, Archaeology and Post-Colonialism in Palestine-Israel (2007); The Palestine Nakba: Decolonising History, Narrating the Subaltern, Reclaiming Memory (2012): The Zionist Bible: Biblical Precedent, Colonialism and the Erasure of Memory (2013) and Theologies of Liberation in Palestine-Israel: Indigenous, Contextual, and Postcolonial Perspectives (2014).