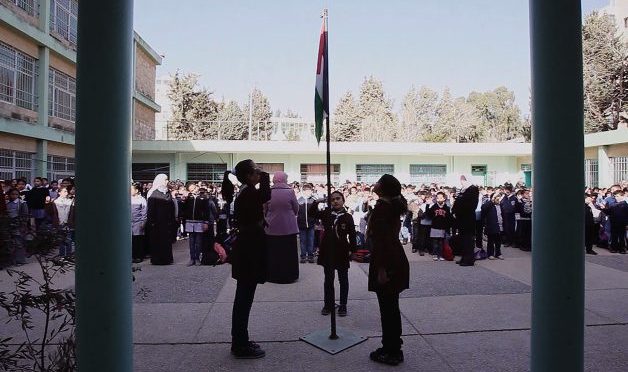 Director Mohanad Yaqubi draws on recently-discovered and archival found footage to explore the tumultuous history of Palestine and Palestinian filmmaking in this timely and insightful documentary.

In this remarkably assured debut documentary, Ramallah-based director Mohanad Yaqubi untangles the fraught history of his homeland, long at the centre of one of the world’s most painful conflicts. With the precision and grace of the best essay films, Yaqubi uses found footage, much of it newly discovered, to trace his country’s quest for self-determination, dignity, and, ultimately, peace.

Off Frame AKA Revolution until Victory builds off Yaqubi’s discovery of film shot by the Palestine Film Unit, a group founded in the 1960s that saw itself as the cinematic front of the Palestinian movement. He connects their work in this tumultuous historic moment with wider trends, bringing his documentary into dialogue with the larger film world. There are parallels with Third Cinema and social realism, and Yaqubi includes footage of Jean-Luc Godard’s famous visit to Palestine in the 1970s to make Here and Elsewhere (also borrowing the original title of Godard’s documentary for his own: Until Victory). Despite this rear-facing reflection, Off Frame isn’t stuck in the past. Yaqubi brings the film full circle with contemporary footage shot in Palestine. The result is an alternate and rarely seen history, framed from Yaqubi’s distinctly Palestinian perspective.

On the eve of 2017, a year that marks several painful anniversaries for Palestine, this documentary is all the more urgent. It compels audiences to look beyond easy headlines or stereotypes and to contemplate how the present moment itself has been built out of images of the past.

For more information and booking