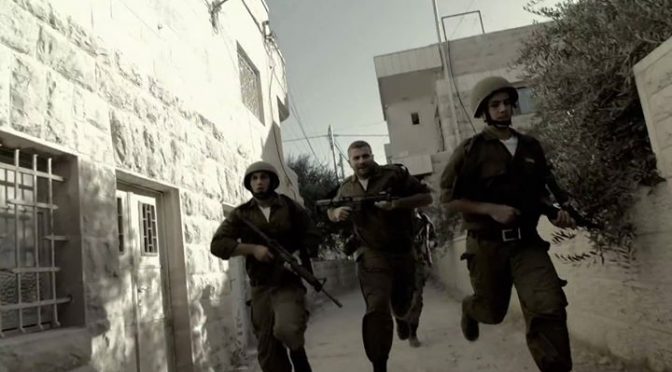 Join us for an inspiring film, ‘The Wanted 18’ followed by a discussion. This film is about nation-building from the bottom up, by the people, not the politicians!

The first Intifada, 1987: Palestinian leaders urge communities to develop alternatives to Israeli products. In response, a group of Palestinian activists starts a collective dairy farm with 18 head of cattle. Once their “Intifada milk” gains popularity, the Israeli army orders the farm’s closure, declaring the cows a threat to national security. The activists persevere, hiding the cows in caves and continuing to produce Palestinian milk. This is the story of the most powerful army in the Middle East chasing 18 cows.

This story is told from the perspective of both the cows and the activists. Directed, illustrated and narrated by acclaimed Palestinian artist Amer Shomali together with veteran Canadian director Paul Cowan, the film gives voice to the principled activists who participated in the dairy, their families and friends, and the people whose lives were changed by it.

Free snacks will be provided!