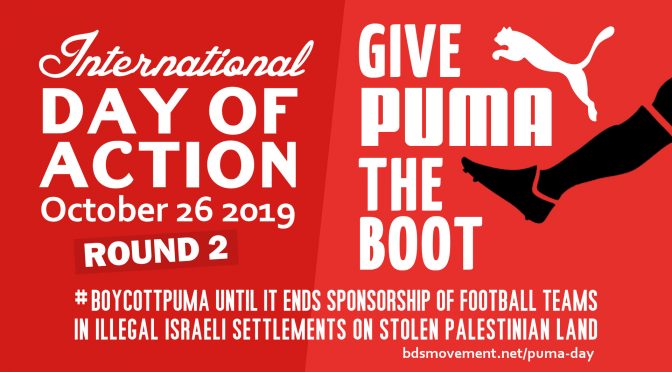 Take action and support the call from more than 200 Palestinian football teams for Puma to end its support for Israel’s military occupation by terminating its sponsorship deal with the IFA!