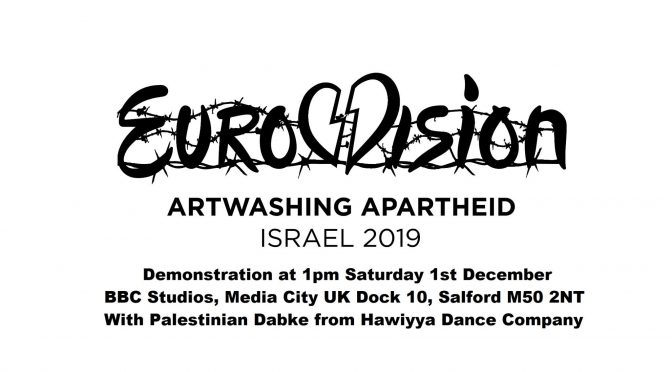 Join the protest at the BBC Headquarters in Salford Quays against 2019 Eurovision Song Contest being hosted by Israel.

As part of the protest there will be  a Palestinian Dabke performance from the amazing Hawiyya dance company.

Israel regularly uses culture to cover-up, justify and distract from its oppressive regime of military occupation and apartheid against the Palestinian people.

MediaCity UK is 15 minutes from Manchester Piccadilly by Metrolink tram